High school sports aren’t just child’s play as competition can get tough. Arizona is no exception as injuries in kids become more common. Every bit of gear can provide much-needed protection — and even the biggest athletes have started using them.

While basketball may seem like a safer sport compared to what it was in the 80s and 90s, injuries remain common. Constant running, jumping, and banging on bodies make it a very physical sport. Sprains, pokes to the eyes, and chipped teeth are all too common — just ask the Sun’s Steve Nash, because he experienced them all too frequently during his career. High school kids rarely play with protective gear — even as NBA Superstars started doing so. Lebron James is known for his signature mouth guards and Steph Curry made leg braces fashionable. Protective gear have lost the stigma associated with them and even younger kids can be convinced to wear mouth guards and knee pads since even NBA Superstars wear them.

Injuries are expected in football — however, protective gear has made it a lot safer. Compared to rugby, where players clash unprotected (and lose a lot of teeth) — football’s rules and equipment make it a much safer sport. Football isn’t even included in the Top 5 when it comes to dental injuries (even losing to cycling), credited to the strict use of mouth guards. Bruises and abrasions are to be expected — and a particularly nasty hit can sometimes lead to fractures or concussions. Playing in the summer also increases the risk of heat exhaustion, as the equipment can be heavy and hindering to the body’s ventilation. Advise your kids to drink plenty of water and electrolytes before, during, and after the game. Safety in football is not just about equipment — proper training and conditioning are also essential in keeping players safe in the field, so activities during the off-season are as crucial as the games themselves.

The difference between the sexes is clearly seen in the game of soccer. Injuries in girls vastly outnumber the injuries in boys. For girls, soccer is the most dangerous sport — with concussion rates rivaling football in boys. The denser bones and musculature of boys due to testosterone offer significant protection, while girls take the field with a more fragile biology. Concussion rates in girls are double, and while half are results of collisions or falls to the ground — 25 percent of them are due to making contact with the ball when striking with a header. Soccer players are also constantly exposed to ultraviolet radiation, leading to turf burns that can eventually develop into melanomas or skin cancer as they grow old. Shin guards and knee pads can prevent a host of injuries — but don’t forget to remind your kids to use sunblock.

Scottsdale’s Auston Matthews getting drafted by the Toronto Maple Leafs and winning Rookie of the Year on his first year — led to a lot of Arizona kids picking up hockey sticks. While playing on ice with solid wooden sticks might seem dangerous — especially with the heavy checks of hockey — injuries are fairly rare. High school players rarely get into the speed of professionals (60 mph) on the ice, but protective gear like mouth guards and various padding are essential to avoid heavy bruising or trips to the dentist.

Balls traveling at 100 miles per hour might seem dangerous (and they are) — however, the most common injuries in baseball are abrasions and bruises one gets when running bases. Baseball still requires protective gear like helmets, shin guards, cups, and mouth guards — as an errant throw or deliberate foul ball can be quite damaging in certain places. If your kid is a runner, consider buying padded sliding pants to minimize contusions and abrasions as he steals bases.

While not exactly a sport, cheerleading involves risks similar (and often exceeding) to traditional school sports. Unlike gymnastics, where most routines are performed in padded environments — cheerleading routines are performed on the field or hard court. Getting thrown into the air with only safeties for protection evokes risks far more dangerous than normal sports — with no protective gear to cushion any fall. Constant practice as well as individual and collective skills become essential to prevent the gravest of injuries — making cheerleading one of the most exacting activities for high school kids.
High school sports can be dangerous — and a single injury can shatter your kid’s dream of going pro. Conditioning and practice are essential to their safety, but safety gear also plays a big role. 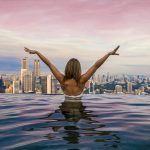 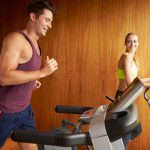 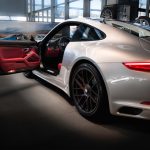 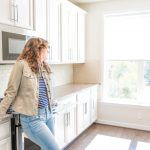 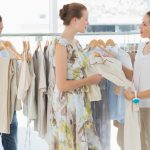