One of the biggest negative pay-offs of urbanization and progress is noise pollution, which refers to unwanted and harmful sounds. Millions of people are already exposed to it, which warrants a careful study on how it can affect people’s lives, especially their health.

While it is already established that too much noise (and loud ones) can cause hearing loss, new studies show it may also increase the risk of heart problems.

How Loud Is Too Loud?

Most individuals agree that a jackhammer at close range has an unpleasant effect on their body, but how does this translate into hearing damage? The decibel (dB) scale describes the sound intensity and ranges from 0 dB to over 180dB in scientific units. The average human ear will suffer permanent hearing loss if exposed to 110 dB for 4 hours. Therefore, the recommended maximum workday noise level in many countries, including the UK, should be no louder than 85 dB.

Those workers constantly exposed to noises, even if they are within the suggested decibel level, would still need to wear the right protective equipment. Bryson currently sells ear defenders, which usually come with padding that serves two purposes: it can further block loud sounds while making the mufflers comfortable to wear for long periods.

Sounds at 60-80dB are considered safe for occupational conditions. Still, it gets complicated when you consider multiple sources of noise pollution in an urban area and that some people have a higher tolerance to noise than others.

There is also the issue of frequency perception or how we react to various sounds based on their duration. When hearing loss occurs due to loud noises (e.g., traffic, construction work), the discerning ear hears different pitches or tones as out of tune compared to normal pitched tones.

Either way, too much noise can be damaging. But as it turns out, it can hurt not only the ears but also the heart.

The Link Between Noise and Heart Problems 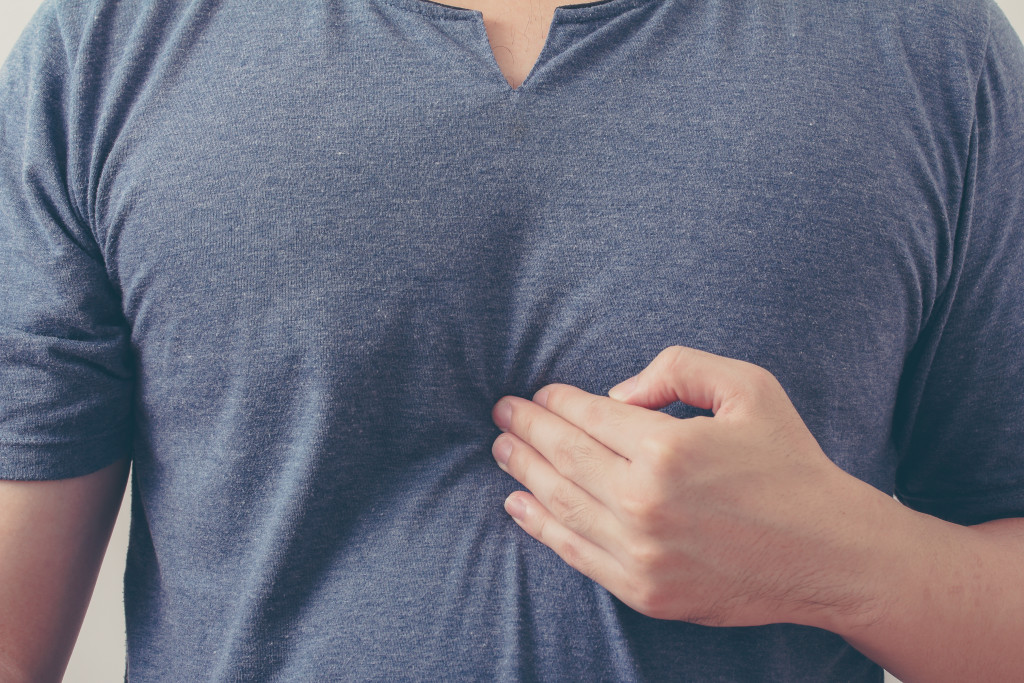 However, some studies suggest that hearing loss isn’t the only possible outcome of too much exposure to loud noises. It may also increase the risk of heart diseases. Some types of research even shared that those workers who complained about hearing loss due to workplace noise were more likely to have coronary artery disease in their lifetime than those who did not suffer from hearing loss.

The exact mechanisms behind the link between noise and heart attack are still unknown, but there are some good hypotheses. Some speculate that repeated exposure to loud noises leads to vasoconstriction (narrowing of blood vessels), leading to a world of health problems, including heart attacks.

The narrowing of blood vessels can also compound the risk of heart disease as it may elevate blood pressure. The heart needs to pump more blood to deliver the same amount to various organs and tissues. This makes the person now susceptible to hypertension. However, hypertension can also put a strain on the already-narrowed blood vessels, making them more damaged.

It has also been found that the heart rhythm (heart rate) changes with prolonged exposure to high decibel levels. Moreover, damages in the inner ear can lead to a response from the nerves in or around the heart, which can cause heart problems such as irregular rhythms (dysrhythmias).

Excessive noise pollution triggers what is known as the fight-or-flight response in our body, leading to an increase in the sympathetic tone of our autonomic nervous system. The result is tachycardia (increased heart rate) and systemic vasoconstriction.

Tachycardia doesn’t have to pose a risk to the heart right away. But when someone experiences more often, it can eventually wear out one of the strongest muscles in the body. It also gives less time for its ventricles to fill blood into the heart.

Over time, this can lead to a heart attack or other lethal event in different ways. First, tachycardia raises the chances of developing blood clots, which can stay in the heart or travel through the brain, stopping blood flow altogether. Second, as the cardiac muscles become tired, it can potentially lead to heart failure.

Some studies also show that noise pollution has been linked to mood disorders, including depression and anxiety. These emotions are known to play an important role in cardiovascular health because they control our fight-or-flight response. In addition, the link between sleep deprivation and increased risk of myocardial infarction is well documented.

Please note that the long-term health implications of being exposed to loud noises are uncertain, and the data is still too limited to make any firm conclusions. Many factors other than cardiovascular effects matter when assessing overall health in human populations because it takes many years for diseases such as cancer or degenerative diseases to develop.