Celebrities and Hollywood stars are not just known for their craft. Some are known for their fashion sense, others for their humanitarian work. And while the general public looks up to them in so many different ways, some celebrities have become iconic in status not just because of what they do but with how they style their hair as well.

Several celebrities are known throughout the world encompassing generations sometimes because they had access to some of the best hairstylists wielding the best hair cutting scissors and shears that Hollywood has to offer. Here are some of the celebrities whose hairstyles have been copied by millions of adoring fans of all ages.

Iconic ‘90s female star Jennifer Aniston popularized the Rachel, a hairstyle aptly named after the character she plays in the hit sitcom Friends where she first sported that razored layered look.

No iconic celebrity hairstyle list would be complete without mentioning the adorable Shirley Temple and her coiled curls. Many stylists still know what the Shirley Temple is even if they have no idea who she really was.

Veronica Lake, a well-known actress in the 1940s, was quite popular because of her long wavy blonde locks that became part of the ultimate definition of Vintage Hollywood glamour that is still being copied by younger people today for glamour shots.

Whenever we look at Farrah Fawcett and her gorgeous feathered layers, we can’t help but think that she’s a real-life angel and not just one of Charlie’s Angels. Her hairstyle helped define the ‘70s and became one of the most copied hairstyles ever.

We all have Mia Farrow to thank for the pixie cut. Farrow explained to the New York Times that she invented the pixie cut with fingernail scissors for her role in Peyton Place long before she met hairstyling legend, Vidal Sassoon, who was often credited for the hairstyle.

English Dame Lesley Lawson is known for several things. Actress. Model. Singer. And fashion icon. Her cropped pixie cut in the ‘60s made a lot of women chop off their tresses. You can say that most pixie cuts today are inspired by Twiggy. 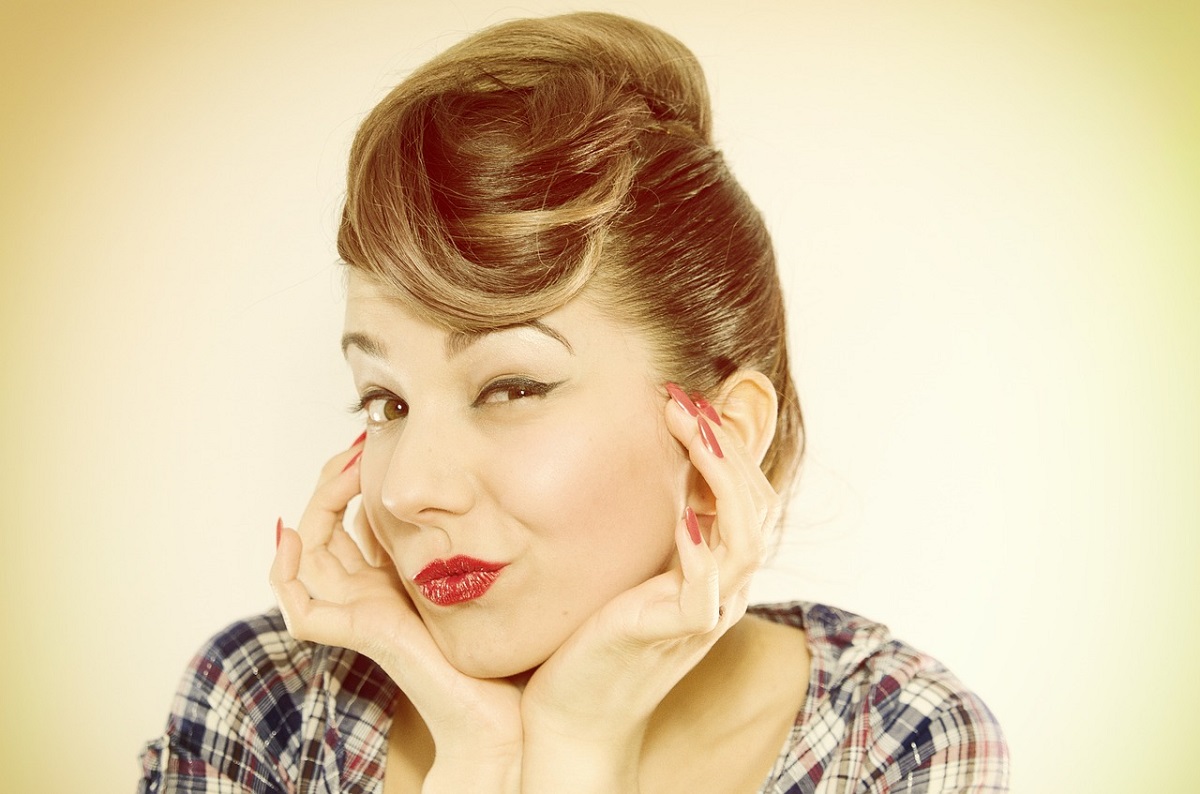 Icon Diana Ross is not only known for her vocal prowess as the lead in the Motown sensation The Supremes. She was also known for sporting her gorgeous voluminous natural locks that fans all over the world have tried to copy time and time again.

Although the Beehive was already a popular hairstyle back in the 1960s, the late singer and songwriter Amy Winehouse brought the look back and gave it a messier and edgier twist.

Halle Berry may have sported a lot of other different glamorous hairstyles but can we all agree that she was one, if not the only one, who brought back the pixie look in the ‘90s?

One of the very few male celebrities known for their hair is The King himself, Elvis Presley. He created that trademark look that made it easy for both Elvis impersonators and fans alike to copy and girls to swoon over.

Marilyn Monroe knows a secret: gentlemen do prefer blondes. And so does everybody else. What’s not to love about this blonde who used those short curls to conquer Hollywood and people’s hearts?

Felicity actress Keri Russell became very popular and well-known not only for her acting chops but also for her beautiful long curls. Fans of the show became so enamored with her hairstyle that they were outraged when she chopped it short later on in the show’s run.

Tina Turner has already been around since the late 1950s but she took the world by storm with her now trademark wild mane that defined her spirit and style and is one of the things that the ‘80s is known for.

Winona Ryder has that face that is both iconic and timeless. She always looks good in whatever hairstyle she rocks, whether it’s her naturally curly locks, a bob, or her stylized pixie.

No other celebrity is as iconic as Aubrey Hepburn. She is the epitome of the Golden Age of Hollywood and is one of the most loved celebs of all time. Fans all over the world could not get enough of her with her sophisticated chignon in Breakfast at Tiffany’s.

Which celebrity have you asked your barber or stylist to copy from when styling your hair? Who else do you think should be on this list? Chime in on the comments section below and let’s talk about celebrity locks some more.